Carl Andre (born 1935), the American minimalist artist, is perhaps best known for his grid-based floor sculptures but also for large, outdoor public artworks and small sculptures, poetry and installations. In this unprecedented comprehensive monograph Alistair Rider here shows that it is the materials that he uses to make his works that inspire him - from his controversial bricks to all sorts of metals, found wood, even hay bales, Andre is fascinated by what materials make up the world and presents them for contemplation.

Andre's early wood sculptures show the influence of Brancusi, who he had met through their mutual friend Hollis Frampton when a student in the early 1950s. Then towards the end of that decade he shared a studio with Frank Stella and their conversations led to rapid development in his work, when he began using a radial saw to shape his sculptures. Between 1960–4 Andre worked as freight brakeman and conductor in New Jersey for the Pennsylvania Railroad, and focused mainly on writing, including his poems in the tradition of Concrete Poetry that makes visual use of the words on the page. His experiences working on the freight trains would have a later influence on Andre's sculpture, in ordered organization, and his artistic personality - it was not uncommon for Andre to dress in overalls and a blue work shirt, even to attend formal occasions. His most well known writings were published in 1980 in a book called 12 Dialogues, in which Andre and Frampton took turns responding to one another at a typewriter using mainly poetry and free-form essay-like texts. Andre's Concrete Poetry has exhibited in the USA and Europe, a comprehensive collection of which is in the collection of the Stedelijk Museum in Amsterdam.

Andre's first public exhibition of work was in 1965, in the 'Shape and Structure' show curated by Henry Geldzahler at the Tibor de Nagy Gallery, and in 1966 his controversial Lever was included in the important exhibition at the Jewish Museum in New York, Primary Structures. In 1970 he had a solo exhibition at the Solomon R. Guggenheim Museum, and has had one man exhibitions and participated in group shows in major museums and galleries throughout the USA and Europe. His work features in many important collections, including the UK's Tate, which bought Equivalent VIII in 1972 and a few years later was the inspiration for much public controversy over the nature of contemporary art. He is now represented by the Paula Cooper Gallery in New York, by Sadie Coles HQ in London, and Yvon Lambert Gallery in Paris, and lives and works in New York.

Alistair Rider here divides Andre's works into the major themes and series that have shaped his career's development, exploring how each has grown from Andre's philosophies and artistic growth. For the first time, Andre's poetry is given due place in his oeuvre, and with unique access to Andre's studio and personal archives this makes this book a uniquely comprehensive understanding of the artist and his art.
Details
Hardcover | Engels | 256 pagina's | 2011
Illustraties: 250
Auteur: Alistair John Rider
Uitgever: Phaidon Press Ltd.
Afmeting: 26,0 x 29,6 x 3,0 cm.
Gewicht: 1608 gr.
ISBN 9780714849225
Aan verlanglijst toevoegen 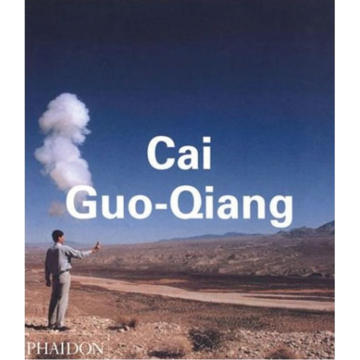